Important Legislation Needs Support: Why do I care?

posted on December 4, 2017 by Michele Khoury

This legislation prohibits federal funds from being used to prosecute medicinal marijuana businesses, and protects patients and their caregivers from being arrested or prosecuted for using a medicine that is legal in their state.

The amendment was first enacted in 2014 and was renewed twice.

The legislation is in jeopardy.

Attorney General Jeff Sessions urged Congress NOT to renew the amendment. The federal government still classifies marijuana as a Schedule 1 narcotic, and Mr. Sessions wants to shut down every state’s medical and recreational marijuana programs.

Scheduled for a vote.

It’s scheduled for a vote on this Wednesday, December 7th. If the amendment fails to pass, it will expire on December 8th.

What are the ramifications if the amendment is not passed?

According to an article by Tessa Berenson in the July 27, 2017, issue of Time Magazine, Mr. Sessions “could send agents to take cash, properties, and supplies from cannabis businesses operating legitimately under state law. Even if those businesses sued for their assets back, the case would be lengthy and expensive, and their shops would be effectively closed in the meantime.”

In a directive issued previously, Mr. Sessions intends to increase asset forfeiture, which allows the government to seize money and property from people suspected of a crime without ever formally charging them with one, let alone convicting them.

Outside of civil asset forfeiture, which bypasses the criminal court system, Mr. Sessions could also choose to prosecute anyone involved in the industry, whether that be the owners of dispensaries or just people who do business with them, like the landlords who rent the property for the stores.

If you use medicinal marijuana or know someone who does, failure to pass the amendment puts you and them in legal jeopardy.

Mr. Sessions will have free rein to override the states who have approved legal access to medicinal marijuana, and individuals would face federal prosecution. 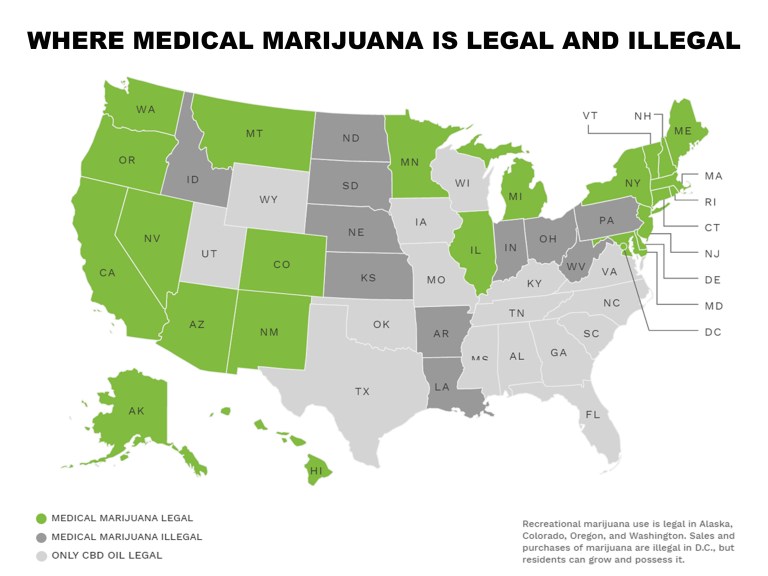 How Medicinal Marijuana has helped.

Over the years, I’ve learned that medicinal marijuana has helped veterans and numerous friends suffering from conditions such as chronic pain, the effects of chemotherapy, sleep deprivation, post-traumatic stress disorder, and traumatic brain injury.

Since the publication of my novel, many people have shared their drug stories which include a friend or relative arrested for growing, selling, or using marijuana, and was incarcerated, or still is.

Why do I care?

Before I began researching my first novel, I didn’t. I didn’t want anything to do with drugs.

I care now because I believe that people who benefit from medicinal marijuana should continue to have access, without prosecution.

Full disclosure: I use the CRAVE Skincare Products based on the Cannabinoid oil from the Hemp/Cannabis Sativa species, which contains CBD, the non-psychoactive chemical. While I’ve only been using it for a short time, my face feels much smoother, has more suppleness, and my wrinkles are disappearing. (For more information, please read my blog Skin in the Game: http://michelekhoury.com/2017/10/28/skin-in-the-game/ ‎.)

If you do, please click on the Take Action button to access the link to send an e-mail to your Members of Congress.

What are your thoughts? Where you aware of this? Are you concerned? I love hearing from you. Thanks for reading.

This site uses Akismet to reduce spam. Learn how your comment data is processed.

Holiday Promotion Results and a Gift Suggestion
Postive Progress
©2021 Michele I. Khoury — All Rights Reserved
Photos by Bryston Studios and Jenni Khoury Photography
up
%d bloggers like this: